This week , as I move ahead in the book, I will be elaborating a bit on cash flow statements. I wouldn’t be lying when I say I took a considerable amount of time to understand what a cash flow statement is and how it is calculated. I will try my best to explain it through 2 of the companies’ cash flow statements and how almost every reader might find it interesting as almost everyone is invested and interested (if not financially then emotionally )in at least 1 of the 2 mentioned companies.

Before you go ahead, I have highlighted some key points in yellow if you wanted to skim faster through the post, but if you were a beginner like me, it would help to go through the examples before jumping to the analysis.

Last week I had mentioned a little about EBIDTA (earnings before interest, taxes, depreciation and amortization) and how EBIDTA becomes an important measure while comparing 2 different companies who finance themselves differently.

As we can see in the image above EBIDTA earnings for Amazon in 2016 was 10.41 Billion where as Net Income was 2.37 Billion after subtracting all the taxes and depreciation . The problem with just relying on the income statement or Balance sheet for an understanding of the company is that income statement subtracts non cash expenses such as depreciation and balance sheet follows historical accounting where as cash flow looks purely at cash. So this third way of viewing the company’s growth is essential as cash is king.

While the Financing and Investing Activities cashflow can be calculated directly, i.e. Cash inflow -Cash outflow, the Operating Cashflow is calculated through the indirect method. Even though it might be a bit technical but it is necessary to understand so that you can evaluate a company’s current standing and also how would its future finances look like.

It might sound/read like a lot of mumbo jumbo, but if I take an example it might be a bit clear as to what it means.

The second important thing before we can move to the comparative analysis between the two companies is to understand free cash flow. Free cash flow takes into account EBIAT, adds back depreciation and amortization but most important it accounts for the change in working capital and capital expenditure.

The book , ‘How Finance Works’ looks at the cash flow statements from 2003-2017, but I thought it would be interesting if I took into account the recent years as well. The reason for that is, that both the companies have been able to ride out the pandemic crisis and it would interesting to note how and where are they possibly headed. Let’s start with a few graphs.

The first two graphs indicate the revenue growth, and even though Amazon is bigger than Netflix in terms of market capitalization, but both companies have grown extensively.

Though if we look at the financial indicators for each of the two companies , it tells a different story.

The graphs above indicate that Amazon generates a highly positive cash flow from operations in the recent years, which could translate into an increase in accounts receivables. This could mean that they have seen an increase in consumer base in the recent years especially in the year from 2019 -2020. The cash flow from operations nearly doubled in 2020 as compared to 2019, which aligns well with our pandemic experience, as it indicates our reliance on online shopping platforms to reduce contact as much as possible. But, with it , it also brings in our increasing need for convenience which even after the pandemic, is bound to increase.

The negative cash flow from investing suggests that Amazon has been investing money for acquisition of brick and mortar stores in the recent years and along with that an increase in warehousing . The Future group deal that has been in the news for quite sometime now, is an example of Amazon’s keen interest in expanding its e-commerce presence in the India. The free cash flow as seen above has been increasing, and also very significantly from 2019 -2020 , in-spite of significant capital expenditures ,indicating that the company has been performing strongly. The negative cash flow from financing in the past 3 years shows that the company has been paying of debt and dividends more than raising money from the investors. Interestingly the year 2019-2020, saw a decrease in that, which could be because of the nearly 4 billion $ profit was reinvested rather than shared with the shareholders to combat the virus. (This is entirely me trying to connect the dots here)

Netflix , as we can see above even though appears to be more profitable as compared to amazon, but its net profit was translating into negative cash flow from operations and it was in 2020 that it saw a ~185 % increase in that. So from 2015-2019, when it was heavily acquiring content, it was generating a cash drain for the company even though it saw an increase in net-income. Pandemic changed the path for company as it saw an increase of 31.4 % in its subscribers and that could have possibly helped in increasing the accounts receivables for the company which eventually translated into a positive cash flow from operations.

Though the pandemic is a one time event(hopefully) so it becomes ambiguous to comment on whether the content acquisition costs are being covered by the subscriber growth it is seeing or if the growth plateaus will it again lead to a negative cash flow from operations.

I hope the post could, if not entirely, but to an extent explain why cash flows paint a different story for the companies than what would be understood solely through net income and revenue! 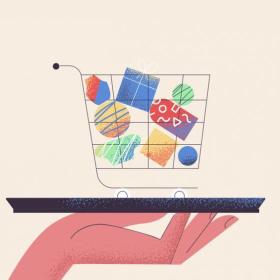